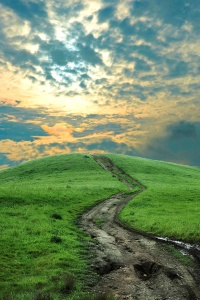 The Nature of Our Knowledge of God

God in his essence is incomprehensible. God dwells in the unapproachable light, whom no man has seen or can see, says the Apostle Paul (1 Tim. 6:16).

Nevertheless, to a certain extent, we do have a knowledge of God a knowledge to the extent that He has revealed it to men. One must distinguish between comprehension of God, which in His essence is impossible, and the knowledge of Him, even though incomplete, of which St. Paul says, For now we see in a mirror, dimly; and I know in part (1 Cor. 13:12).

The Essence of God

There are in Holy Scripture words concerning God which “touch on” or “come close” to the idea of His very essence. They are expressions that are composed grammatically in such a way that they answer not only the question “what kind?”–that is, what are the attributes of God–but seem to also answer the question “who”–that is, “Who is God?” Such expressions are:

However, these expressions also must not be understood as indications as the very essence of God (except possibly the first phrase which “in some fashion” speaks to the essence of God).

The Fathers of the Church express themselves only indirectly concerning the nature of the Divinity:

The Attributes of God

In speaking of the attributes of God, we should remember that one attribute is an aspect of another. For example, when we say that God is righteous, this implies that he is also blessed and good.

Our thoughts about God in general speak:

In indicating the attributes of God, we do not thereby give a “definition” of the concept of God, because every definition is an indication of “finiteness” and signifies limitedness, incompleteness (the very word “definition” comes from the Latin finis , “limit”). But in God, there are no limits.

Sometimes we find in the Scripture where something bodily is symbolically ascribed to God (i.e. sleeps, awakens, grows angry, walks, etc..). By bodily symbols, however, the Scripture teaches us to understand the spiritual attributes and actions of God.

St. Gregory says, “For in accordance with our own understanding we have given names to the things of God which are taken from ourselves. When God, for reasons known to Him, ceases His care, and as it were, takes no more concern for us, this means that He is “sleeping”–because our sleep is a similar lack of activity and care. When on the contrary, He suddenly begins to do good, this means He “awakens”. He acts sometimes here, sometimes there, and so, in our way of thinking, He walks, because walking is a going from one place to another”.

The existence of God is outside time, for time is only a form of limited being, changeable being. For God, there is neither past nor future; there is only present.

Of old You laid the foundation of the earth, and the heavens are the work of Your hands. They will perish, but You will endure; Yes, they will all grow old like a garment; like a cloak You will change them, and they will be changed. But You are the same, and Your years will have no end (Psalm 102:25-27).

Eternity is everexistent life, and this concept is usually applied to the Divine Essence. The concept of immortality, on the other hand, can be ascribed to one who has been brought into being and does not die, as, for example, an angel or a soul.

The Goodness of God extends not to some limited region in the world, which is characteristic of love in limited beings, but to the whole world and all the beings that exist in it.

St. John Chrysostom says, “God loves us more than a father or a mother or a friend, or anyone else can love, and even more than we can love ourselves, because He is concerned more for our salvation than His own glory. A testimony of this is the fact that He sent His Only-begotten Son, solely in order to reveal to us the path of salvation and eternal life”.

And there is no creature hidden from His sight, but all things are naked and open to the eyes of Him to whom we must give account (Heb. 4:13).
Your eyes saw my substance, being yet unformed (Psalm 139:16).

The knowledge of God is vision and immediate understanding of everything, both that which exists and that which is possible, the present, the past, and the future.

The foreknowledge of God does not violate the free will of creatures, just as the freedom of our neighbor is not violated by the fact that we see what he does.

Another aspect of the Omniscience of God is manifested in the wisdom of God.

Great is our Lord, and mighty in power; His understanding is infinite (Psalm 147:5).
Oh, the depth of the riches both of the wisdom and knowledge of God (Rom. 11:33).

Righteousness is understood in the word of God and in its general usage as having two meanings: a) holiness, and b) justice.

How de we harmonize the Divine Love with God’s justice, which judges strictly for sins and punishes the guilty? The Fathers of the Church liken the anger of God to the anger of a father, who, with the aim of bringing a disobedient son to his senses, resorts to a father’s means of punishing, at the same time grieving, simultaneously being sad at the senselessness of his son and sympathizing with him in the pain he is causing him.

He spoke, and they came into being; He commanded, and they were created (Psalm 33:9)

God is the Creator of the world. He is the “Pantocrator” (Coptic Liturgy of St. Basil). If God tolerates evil and evil people in the world, this is not because He cannot annihilate evil, but because He has given freedom to us, so that we might freely (of our own free will) reject evil and turn to good.

Where can I go from Your Spirit? Or where can I flee from your presence? If I ascend into heaven, You are there; If I make my bed in hell, behold You are there. If I take the wings of the morning, and dwell in the uttermost parts of the sea, even there Your hand shall lead me, and Your right hand shall hold me (Psalm 139:7-10).

God is not subject to any limitation in space, but He fills everything. St. John Chrysostom says, “That God is present everywhere we know, but how, we do not understand, because we can understand only a sensuous presence, and it is not given to us to understand fully the nature of God”.

In the Father of lights there is no variableness, nor shadow of turning (James 1:17).

God is perfection and every change is a sign of imperfection and therefore unthinkable in the most perfect Being, in God. In God, there is no change, process, growth, or anything of the like.

“As it was, so will it be, from generation to generation, and unto the ages of all ages” (Coptic Liturgy of St. Basil).

The Unity of God

The truth of the oneness of God is so evident at the present time to human awareness that it needs no proofs from the word of God or simply from reason. It was different, however, in the early Church, when this truth had to be set forth against the idea of dualism–the acknowledgment of two gods, good and evil–and against the polytheism of the pagans which was then popular.

Truly, we believe in one God. These are the first words of the Symbol of Faith (the Creed). The early Christian father Tertullian said, “If God is not one, there is no God”. In other words, a divinity limited by another being loses his divine dignity.

The whole of the New Testament is filled with the teaching of the one God, There is none other God but one (1 Cor. 8:4) and the Old Testament is the history of the battle for faith in the one true God against pagan polytheism.

One thought on “The Attributes Of God!”