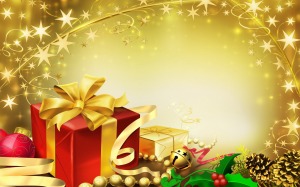 As our culture became more commercialized, the period of celebration shifted from Thanksgiving to Christmas Day. Christmas celebration increasingly conforms to the shopping cycle while the older tradition falls by the wayside. It’s an worrisome shift because as the tradition dims, the knowledge that the period of preparation imparted diminishes with it.

Our Orthodox traditions — from fasting cycles to worship –exist to teach us how to live in Christ. The traditions impart discipline. These disciplines are never an end in themselves but neither can life in Christ be sustained apart from them.

The traditions only make sense only when they have the Gospel as their reference. If we forget that these traditions are given to us to help us lay hold of Christ, then they appear to be superfluous and the disciplines they encourage us to do seem to serve no real purpose. We start to evaluate the discipline by the values of the dominant culture — by a cost-benefit calculus, rather than seeing them as ways to morally reorient ourselves towards Christ.

Instead of preparing for the birth of Christ through inward reorientation, we follow the direction of the dominant culture and skip any preparation altogether. We party instead of fast. We get caught up in the commercial energy of the season rather than wait on the Spirit of God.

It’s a dangerous path. Our culture is becoming increasingly secularized; the sacred dimension of creation is slipping from view. This loss of this sacred sensibility has grave ramifications for society that are expressed in many different ways such as the vulgarization of popular culture or the reduction of an unborn child to a commodity. If this view prevails our culture will inevitably view man as nothing more than an animal or a machine.

But man is more than an animal or a machine. The scriptures reveal man is created in the image and likeness of God, a phrase that means that man is not complete unless he partakes of God — God must be part of man’s life. This longing — this innate knowledge that man is created for God — never leaves man although a person can bury it if he so chooses.

A secularized mind is blind to the inherent holiness of life. Maintaining our traditions is one way to avoid this debilitating malady. Christmas is not just “Jesus’ birthday” (an impoverished notion heard more and more even among Orthodox faithful), but much more.

The birth of Christ and His baptism ought never to be divorced. Both events define the Christmas season. It imparts to the Christian the knowledge that Christ’s coming into the world and Christ’s sanctification of the waters makes our new life possible — a sonship by adoption accomplished through baptism.

When the link between Christmas and Theophany is broken (and by neglecting the proper preparation we break it), the cultural memory of the promise of new birth expresses itself in weakened and ultimately insufficient cultural forms. These forms function as a new tradition.

Religion is not the product of culture; religion is the source, writes philosopher Russell Kirk. “It’s from an association in a cult, abody of worshipers, that human community grows…when belief in the cult has been wretchedly enfeebled, the culture will decay swiftly. The material order restson the spiritual order.”*

Orthodox Christianity can contribute to the recovery of the moral foundation of American culture by imparting knowledge that can strengthen and deepen that foundation. It won’t happen however, if the Orthodox faithful adopt the practices of the dominant culture in place of their own tradition.