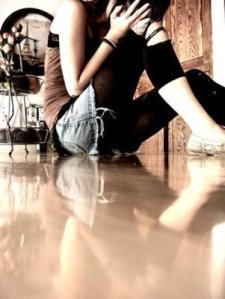 One of the most difficult things to deal with as a Christian, or as human beings in general, is that of the hurt that others inflict upon us. There might be nothing like it. The reason such becomes so difficult is that, normally, our emotions and the deepest parts of us get involved. That’s because relationships run deeper than the surface. And, thus, the deeper the relationship, the deeper it hurts when others wound us.

And you know what? There is no prescribed formula to help us deal with it. There are some principles to consider, but you can’t just give 3 or 4 keys as a band-aid and everything will just be better. Pain is painful. Hurt is hurtful. There is simply no denying it. And many times it doesn’t disappear when we wave our magic wands.

Of course, we can push it aside, not think about it, not deal with it, and deaden ourselves to the pain. Or we can cover the pain with all sorts of other things – when it arises, we can head to the television to attempt to drown out the hurt or pick up some ice cream and eat half of the tub (or the whole tub). Or we could engage in graver things as well. But anything so we don’t have to deal with the hurt.

I am very aware that, for the one pursuing Christ, we are not called to allow bitterness or rage or anger or depression dominate. And I believe that we can walk out such a calling due to the new disposition that we have as new creations in Christ. He has done a radical work within.

But as those who still have the flesh, who still live in a fallen world, who are still tempted with sin, we will walk down those paths and let such emotions have their way at times. And so I remain eternally grateful for mercy as gigantic as the mercy of our Father.

So the first thing I have to remember is that I have hurt people just as much, if not more, than those who have hurt me. I need your grace just as much as I think you need my grace.

Still, there is another great issue to consider when learning to deal with people who have hurt us: How do we forgive these people? I mean, we do read passages like this:

12 Put on then, as God’s chosen ones, holy and beloved, compassionate hearts, kindness, humility, meekness, and patience, 13 bearing with one another and, if one has a complaint against another, forgiving each other; as the Lord has forgiven you, so you also must forgive. (Colossians 2:12-13)

By no means am I saying it is easy. None of this stuff is easy. But we must move towards letting the other go, releasing them from the grip of deep-rooted bitterness. If we don’t, even if we never see them again, we will suffer our own pain of not releasing them. The wound will continue to fester and grow putrid. And the release in our lives will only come when we finally step into the liberating grace of Jesus to allows us to let them go.

And as we let them go, the responsibility can now fully rest with God to deal with it, as we are reminded in Romans 12:19:

Beloved, never avenge yourselves, but leave it to the wrath of God, for it is written, “Vengeance is mine, I will repay, says the Lord.

But the thing is that, once we are liberated and release the person, we are not sitting around wondering if God has dealt with it. We are released ourselves and free from being emotionally entangled with the person or persons who have hurt us. And we get on with walking out what God has for us today.

To see full release come, it probably won’t do much go to say a little half-hearted prayer and get back to our favourite tv programme. It might call for deep mourning (Matthew 5:4) and maybe even some time away to deal with it. Time to reflect and refresh. And I actually mean praying about these things, since He is the one who can break deep-rooted strongholds.