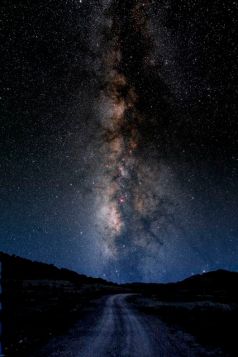 How does one make a distinction between visions from the Holy Spirit and visions conjured from the Evil one.  Firstly, pray and make supplication unto the Revealer of secrets that He may make you posses the ability to distinguish between these matters.  I have learned that the visions and revelation of the Holy Spirit are not of a terrifying or confusing character.  Instead they take place under conditions of rest and tranquility.  They are revealed with a gentle pleasure, granting the soul a quiet satisfaction.  It is not common for them to put terror into people’s heart or to produce trembling.  In the Scriptures revelation of the Spirit take place in restfulness and gladness and peace (Galatians 5:22-23).  Now that all this is said, if the soul is afraid by reason of those visions, and it is not from the Evil One, then it maybe afraid because the soul thinks itself unworthy of such heavenly disclosures.

When the devils speak the truth:

The common rule is the Evil One is a liar and there is no truth either in his words or his deeds.  They are cunning and deceitful, but can only lead astray those upon whom they find opportunity and those who heed their fallacies.  It is then unnecessary for us to be terrified at these things and we have need to fear only when the devils multiply the speaking of truth.  Even in the days of our Redeemer, when they spoke the things which were true, He rebuked them and made them to hold their calmness and speak not, lest they mingle their wickedness with the truth.  “And devils came out of many, crying out, and saying ‘You are Christ the Son of God!’  And He rebuking them did not allow them to speak for they knew that He was the Christ (Lk 4:41).”  We must then not even appear to incline our hearing to their words, even though they are words of truth.  It would be a disgrace unto us that those who rebelled against God should become our teachers.

Their philosophy of action and behavior mimics the thieves and robbers and not after the manner of soldiers.  They have not the strength to stand up and contend for any length of time.  They shout and wrangle and make tumultuous noises and commotions in hopes to frighten off or lead away captive weak minds, and to make them do their will.  If they had the power to perform anything or do any harm, so much tumult and noise would be unnecessary.  But because the assemblies of the evil ones possess not the power to perform its own will, they make use of means to terrify their subjects.

About their scheme that turns one away from repentance:

They belittle the great sins and magnify the small.  From the first they dim the desire to repent and from the other they throw you into despair.

In this way, O my beloved, let us lead a life of watchfulness and strenuousness, even as it is written, “Keep your heart with all diligence” (Proverbs 4:23) for we have cunning and crafty enemies, and it is against these that our strife must be.  Abide near the Redeemer for there is no rest to their attacks and their wars are very frequent.  Therefore let us pray that there may be given unto us the grace to seek after the power to distinguish between spirits that “we may be not led astray by the spirits which err” (Tim I 4:1).