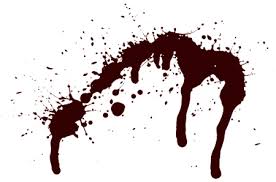 In the past 24-48 hours the Egyptian Army, the force that is supposed to unite the people has showed its clear intention against the Coptic Christians. In the aftermath of the January 25th revolution, prisoners were released into the wadi natroun desert where several Coptic Monasteries are present.

Following orders from the police force and army to protect themselves, Monks from St Bishoy’s Monastery built a brick fence within their own property and land to keep these prisoners out of the monastery. Yesterday the army took grievance to this, using ridiculous force they opened fire on the monks and waged a militia style attack on the monastery and its inhabitants.

Using live ammunition they fired without any regard for human life injuring many and wounding one priest severely while bulldozers rammed through the fence. To cap it off the injured where prevented from being taken to hospitals until the operation was over.

Below is footage of the incident: Please note the footage is graphic.

The second incident that i would like to show the world is the absolute brutal slaughter of a coptic priest in Assuit Yesterday. Fr Dawood Botros was viciously stabbed 22 times across his neck and thorax by cruel and inhumane islamists who left the house shouting “Allah Wakbar”. What makes this attack even worse is that the stabbing happened while Fr Botros was at home. Reports filtering through from Egypt report money and documents were stolen from Fr Botros’ House. In true Egyptian Style Egyptian media said the motive for the killing was robbery not religion. We all know the truth of that.  Following the cold blooded murder Copts flooded the streets in protest of the killing.

Below is Graphic photos of the slayed Fr Botros – Viewer Discretion is advised.

As you can see from these gruesome images – the barbaric nature of the attack shows the hatred that is in some peoples hearts. In the name of religion they say! Is Christian Blood really this CHEAP?

One thought on “A Sad Day For Copts *GRAPHIC FOOTAGE*”