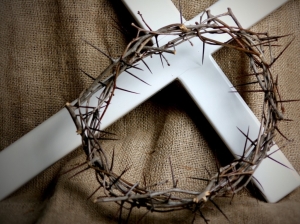 St. Yulita was born from a royal family in the city of Iconium, Turkey, where St. Paul and St. Barnabus preached and many Greeks and Jews believed. St. Yulita was a wealthy, beautiful and virtuous woman, who remained close to the church and found pleasure and happiness in serving the poor and needy. She would always visit those in captivity and preach to them the word of God. She was married to a righteous man and because of their piety the Lord was glorified in their daily lives.

Our Lord Jesus Christ then granted them a child called “Keriakos”, which is derived from Greek, meaning, ‘Lord’ or Master’. The parents nurtured the child in the church where he was taught spiritual virtues and the true Christian Orthodox faith. When he was just a year and a half old, he would declare, “I am Christian,” “I am Christian.”

Not long into their marriage, Yulita’s husband died, leaving their only child in the care of the Lord and the mother who continued to raise him in God’s fear.

This persecution spread throughout the city, and into all the empire. The driving force behind this disaster was Galerius who constantly aroused Diocletians anger towards the Christians.

The declared that all Christians should bow down and worship idols, otherwise they would face severs torture. They wanted to wipe out Christianity completely, but they couldn’t.

Diocletian met with a tragic death which was the result of his resisting the Lord and the correct faith. Due to illness and madness, he was not able to continue with the duties of the state. Because of his madness, he constantly wept until he became blind. He committed suicide in the year 313A.D., the same year king Constantine issued the Decree of Reconciliation with the Christians.

During, this disastrous time of persecution, following the imperial decree of Feb.24, 303A.D., multitudes of Christians were killed, and so Yulita feared for her son’s life in case she should be killed and her son fall into the hands of pagans. Thus, she collected some of her possessions and together with her son and two maid-servants, fled to the city of Seleucia, where she found it’s Governor to be even more severe in his persecution of the Christians. So she immediately fled to Tarsus. Upon entering Tarsus, it was noticeable that they were strangers to the city, and so Yulita and her son Keriakos were immediately arrested. Yulita at once felt that this was a heavenly call for martyrdom, and so she bravely confronted the situation, bearing in mind our beloved Lord Jesus saying: “do not fear those who kill the body. “(Matt. 10:28).

Yulita was brought before the Governor Alexandros, who was seated on his throne and surrounded by his many soldiers who were responsible for torturing the Christians. The Governor asked for her name and the city where she was from, and in great courage and steady voice, she declared: “I am Christian!” The Governor in anger replied, “Do you not know that the king has prepared all this horrible equipment in order to torture those who declare their Christianity?” She answered: “Yes I know. And do you not know that the Christians welcome torture and death, for through persecution they are encouraged and strengthened in the Lord?” Infuriated, the governor ordered that her child be taken away from her, and through his constant screaming and crying, he looked to his mother repeating over and over again the name of Our Lord Jesus Christ, amidst his tears.

The mother Yulita was the whipped until her blood ran everywhere. As she lay there drenched in her blood, the governor again asked her to deny her Christ, and yet with great courage and determination, she refused saying: “I am Christian, and not even a child aged three can accept your words!” The Governor yelled, “Then let’s ask the child!” Yulita answered, “God shall speak through him.” St. Yulita pleaded with the Lord to speak through her child, as was done with the children of Jerusalem (Matt. 21:16). The child Keriakos then bravely uttered, “Your idols are man-made of stones and wood, there is no God except my Master Jesus Christ, the true God!” Yulita cried out, “I am Christian, and I worship the true God Jesus Christ!” and her son repeated with her: “I am Christian, I am Christian!” she was again aggressively beaten and whipped.

While being scourged harshly before her son, Yulita looked towards him in great love and peace, giving him a lesson in holding fast to the true faith. The child, seeing his mother’s courage and faith, cried out again saying, “I am Christian! I am Christian!” So enraged was the governor with this strange young child who persisted in great boldness to declare his faith and love in the Lord, that he brutally grabbed one of his legs, and with full force raised him up and threw him vigorously down the stairs. Our precious little saint died instantly, thus gaining the glorious crown of martyrdom.

Following this, the Governor ordered for her body to be cut with iron combs and then for boiling oil to be poured over her legs. One of the soldiers who was carrying out the persecution said, “Have mercy on yourself Yulita, and submit to the worship and sacrificing to idols so that you may be relieved of these great pains you suffer.” But with great boldness and joy she replied, “I am the servant of my Lord Jesus Christ, the son of the living. God, through whom the Father created all things. I have no desire other than to leave this world quickly and to be united to my son in our heavenly home, and hence dwell there forevermore. ” Finally the Governor ordered for her to be headed.

Before beheading her, she asked them to grant her a few moments in which to pray. She knelt down and prayed……….. I thank you my beloved God for out of Your great mercy You allowed my son Keriakos to be amongst the glorious hosts of Your saints in Your heavenly kingdom, for the glory of Your holy, feared name. Now I plead You, my beloved saviour, to call Your unworthy servant to receive also this eternal happiness of enjoying and living in Your heavenly presence, this joy which You have prepared for those who love You. My beloved Lord most merciful, I ask You to count me, Your unworthy servant the joy of entering into Your Eternal Paradise, together with the five wise virgins, so that my soul may glorify and magnify Your name in all things.”

Our beautiful saint was martyred on the 15th of Abib, 22nd July in 305A.D. Her two maids who witnessed everything, came at night and took the two pure bodies, and placed them in a hidden cave near Tarsus.

During the reign of king Constantine, when the worship of idols was abolished and Christianity was declared the official religion in the Empire, one of Yulita’s maidservants, who was still alive, approached and informed the king of the blessed cave. King Constantine took the precious bodies of Yulita and Keriakos and placed them in a specially built shrine, so that everyone could take of their blessings.

Parts of their relics were distributed to various churches around the world and Egypt, the land of saints and martyrs. It is historically recognised that St. Severus of Antioch brought parts of their relics to Egypt in the 6th century, and it is stated in a document kept in El Sourian Monastery.

How wonderful are the martyrs including men, women, and children like three year old St. Keriakos. When we remember the martyrs we remember their virtues and so prepare ourselves to be like them in attaining a life of righteousness.

Despite the pain and torture the endured, their bodies were submissive and obedient to the Spirit in leading a life of righteousness and chastity: “Do you not know that you are the temple of God and that the Spirit of God dwells in you?” (I Corinthians 3:16). Their bodies became a temple of God, and the Spirit of God dwelt in them, and so these beloved saints deserve all honours. The church also honours the bodies of the martyrs, hence fulfilling the Lord’s commandment: “I honour those who honour Me.” (John 5:23). These martyrs glorified the Lord in thei lives and endured the pain of persecution for the purpose of preserving their faith and virtues.

The blessed martyr Keriakos intercedes for both young and old alike. He intercedes for all children, asking the Lord to protect them in the true faith. He also protects children who are far from their homes. His mother St. Yulita intercedes for girls and mothers, praying for their purity and chastity.

The only church in Egypt called by the names of St. Keriakos and St. Yulita was established in Tahta, Upper Egypt.

Let us all learn from St. Yulita and St. Keriakos, and be strong in our faith, no matter what. And we ask them to remember us in front of Our Lord Jesus Christ.