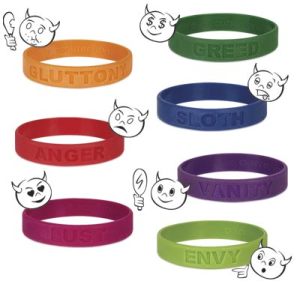 Abba Poemen asked Abba Joseph another question saying, “What should I do when the passions attack me? Should I resist them, or let them enter?” The old man said to him, “Let them enter and fight against them.” So he returned to Scetis where he remained.

Now someone from Thebes came to Scetis and said to the brethren, “I asked Abba Joseph if I ought to resist the passions when they approach, or let them enter, and he replied I ought not to allow them the smallest entry but cut them off immediately.” When Abba Poemen learned that Abba Joseph had spoken to the brother from Thebes in this way, he got up and went to see him at Panephysis and said, “Abba, I consulted you about my thoughts and you have said one thing to me, and another to the Theban.”

The old man said to him, “Do you not know that I love you?” He said, “Yes.” “And did you not say to me: speak to me as you speak to yourself?” “That is right.” Then the old man said, “Truly, if the passions enter you and you fight them you become stronger.

I spoke to you as to myself. But there are others who cannot profit in this way if the passions approach them, and so they must cut them off immediately.”

St. Mark the Ascetic, 5th century – takes another approach to the issue of passions he writes,

If you wish to gain victory over the passions, enter within yourself through prayer and God’s help; then descend into the depths of your heart and there track down these three powerful giants — forgetfulness, laziness, and ignorance.

It is these three who uphold the ranks of our spiritual adversaries: supported by these three, all the other passions, returning to the heart, act, live, and gain strength in self-indulgent and uninstructed souls. But if by means of great attention and persistence of mind, and with help from above, you find those evil giants that are unbeknown to many, you will easily drive them away with the weapons of righteousness — with the remembrance of what is good, with the eagerness that spurs the soul to salvation, and with knowledge from heaven.