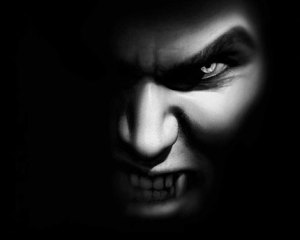 We say that by the providence and wisdom of God all things are so ordered in this world that nothing, whether good or evil, is utterly useless with God. But we will develop this assertion more clearly.

God does not create evil; still, he does not prevent it when it is displayed by others, although he could do so. But he uses evil, and those who exhibit it, for necessary purposes. For by means of those in whom there is evil, he bestows honour and approbation on those who strive for the glory of virtue. Virtue, if unopposed, would not shine out nor become more glorious by probation. Virtue is not virtue if it be untested and unexamined. … If you remove the wickedness of Judas and annul his treachery you take away likewise the cross of Christ and his passion: and if there were no cross then principalities and powers have not been stripped nor triumphed over by the wood of the cross. Had there been no death of Christ, there would certainly have been no resurrection and there would have been no ‘firstborn from the dead’; and then there would have been for us no hope of resurrection. Similarly concerning the devil himself, if we suppose, for the sake of argument, that he had been forcibly prevented from sinning, or that the will to do evil had been taken away from him after his sin; then at the same time there would have been taken from us the struggle against the wiles of the devil, and there would be no crown of victory in store for him who rightly struggled.

What are we to say in reply to this question: ‘How can God create evil?’ . . Now in the full sense only virtue is good . . . and the opposite is evil. … But one might find the terms ‘good and evil’ applied by a loose use of words to things which affect the body and to external circumstances; those things which contribute to physical welfare being accounted ‘good,’ those which hinder such welfare being reckoned ‘evil.’ Thus Job says to his wife, ‘If we received the good from the hand of the Lord, shall we not endure the evil!?’ There is found in the Scriptures the saying of God himself, Ί am he who makes peace and creates evil.’ . . . Now God has not created evil if by this is understood evil properly so called: but some evils, though really they are few by comparison with the order of the whole universe, followed as a secondary consequence upon his primary work, just as spiral shavings and sawdust follow as a consequence upon the primary activity of a carpenter, and as builders seem to ‘make’ the waste stone and mortar which lie beside their buildings. It may be granted that God sometimes creates some of these ‘evils’ in order that he may correct men by these means. If we are told that certain unpleasant experiences — so-called ‘evils’ — are inflicted by parents, teachers, and pedagogues, or by surgeons who use scalpels for the purposes of healing, we say that parents inflict ‘evil’; but that would not be an accusation against them; in just the same way God is said to inflict such ‘evils’ for purposes of correction and healing.