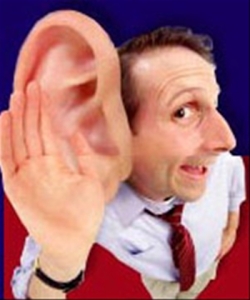 There is a very simple technique that you can use to challenge yourself. It is a challenge technique used by soldiers in their battlefields. For often times, in a war, a soldier can be stationed in a fox hole, or lookout, simply to wait until the enemy approaches. This waiting can completely deaden the senses as it is slow time passing. So they create sensory challenges to keep themselves alert. They sit still and quietly listen. They listen to the outside sounds, to try a identify each and every sound they hear. It is a valuable practice that can hone the senses of the soldier – but also keeps him alert to changes in the sounds.

You can practice this as well. Sit still and listen, not to the sounds on the outside, but the noise that is inside you. For all to often, the soldier in training for this internal warfare, is burden with inner demons, inner screams, passions and angers. These beasts can not be silent. Their ravenous appetites will consume every bit of peace within you. So sit still and hear the rants and listen to what they are saying. Given them a voice, hear them and completely remove their power. For in your denial of their existence do they warp your Godward struggle. But if you bring them forward, and let them rant, you will be able to dispel their justification for their rants. Then examine their complaint – dispassionately.

Most of the anger they hold is based on some offense that occurred against you. These grudges at their core are like wearing your very nicest suit, on your way to a very elegant evening, and in exiting your house you step in a pile of dog droppings. The smell is horrible and it does not go away easily. No amount of dry wiping will work – only after soap and water will it go away. This is too of these grudges within you. They tarnish all your efforts to join Christ and they stink. The only way to remove the stink is to wash them away from you. How? Through forgiveness. Use forgiveness on those who have wronged you, who have hurt you, who have offended you. Use forgiveness liberally on all those who are the root cause of the existence of those internal grudges.

Forgiveness is a very powerful tool in quieting these voices. For when they come to you like a child, crying with tears, screaming of this wrong thing that happened to them – apply forgiveness and watch the tears dry up as the grudge just looks at you with shock. The grudge expects you to be angry, to agree with them that you are right to be angry at so and so for such and such. But when you simply smile at them and apply forgiveness you completely remove the power of the grudge. And it drops its face and shoulders, turns and saunters away – alerting the next grudge to take a shot at you.

So going back to the soldier in the fox hole, that we spoke about in the beginning of this. As he identifies the sounds he labels them as a threat and no threat. And he trains himself to ignore the non-threatening sounds to spend all his focus on the potentially threatening sounds. This is what you would be doing as well. When the grudges come to you, you identify from where they came from, and forgive the offense and the offender. Thus the threat is removed and you can ignore this grudge from ever having a voice again.

“For as in every kind of warfare, so in our unseen battle, we must fight first what is inside us before we can ever hope to defend ourselves from the attacks outside of us.”