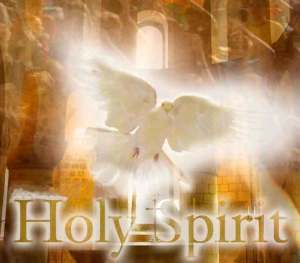 The Roman Catholic Church believes in Filoque. So what is Filoque, Put simply it’s the belief that the Holy Spirit proceeded from both the “Father” and the “Son”.

In orthodoxy however we hold firmly to the true faith that was handed to us by the fathers and that which is in accordance with the scriptures. In the 3rd Ecumenical council Pope Athansious the Apostolic who at the time was a Deacon of the Coptic Church, devised the Nicene Creed which was agreed upon by all the 7 churches including Rome. Moreover the canons of that council clearly stated that any person changing the creed without a full ecumenical council being held would be excommunicated.

However due to political and historical events the Roman Church went it alone, and altered the Creed accepting Filoque as doctrine.

So what is wrong with accepting Filoque;

1. It is contrary to Scripture – John 15:26: “But when the Helper comes, whom I shall send to you from the Father, the Spirit of truth who proceeds from the Father, He will testify of Me.” Thus, Christ never describes the Holy Spirit as proceeding from himself, but only mentions the Spirit’s procession in terms of the Father

2. The idea of “filoque”, makes the Holy Spirit lower than the “Father” and the “Son”. This is extremely wrong because all the members of the Triune God, are equal. No member is greater or less than the other. The Father is God, The Son is God and the Holy Spirit is God. If the Holy Spirit proceeds from both the Father and Son, it makes it a lesser member, which in turn makes it not equal to God.

3. In saying that the “Son” can be shared by two persons, that it proceeds from both the “Father and the “Son” is to elevate those two Persons at the expense of the other. Thus, the balance of unity and diversity is destroyed in the trinity. This again is heretical and goes against what scripture teaches.

4. Apostolic Tradition has always taught that God the Father is the single Source (“monarchy”) of the Son and the Spirit. Moreover it has always been biblical that the Trinity exsited before all ages and was never begotten. There is no chronological order of existence among the Three Persons, i.e. no one of the Persons existed before the other, because They are eternal. Therefore the Names of the Three Persons can be mentioned in any order, because the Holy Trinity is above any order. For example, the order in the baptismal formula in Matthew 28:19, i.e. the Father, the Son, and the Holy Spirit, is different than that in the Apostolic blessing in 2Corinthians 13:14, i.e. the Son, the Father, and the Holy Spirit.

5. St Cyril of Alexandria rightly points out that The Holy Spirit is not estranged from the Son since They have the same essence). Each of the Three Persons is in the other Two.

It is clearly evident that this idea of “Filoque” has many flaws, too many to mention here, this was just a simple overview of the issue.